Dublin, Ireland. 26th August, 2018.
Rev. Thomas P. Doyle (on the right) of the U.S., a Dominican priest and canon lawyer, renowned whistleblower who warned U.S. bishops in 1985, and Marie Collins, a victim of sexual abuse as a child in the 1960's which included photographic images being taken, and founder of the MarieCollins Foundation, talk together at the Stand4Truth protest during the second of the two-days of the visit of Pope Francis in Dublin, Ireland.
Pope Francis has made a two-day visit to the Republic of Ireland by celebrating a Mass at Dublin's Phoenix Park. The Argentine Pope asked forgiveness for the "abuses in Ireland, abuses of power, conscience and sexual abuses" perpetrated by Church leaders. It was the first papal visit to Ireland for 39 years. During his activities many activists, victims and survivors have made protests and a silent march Garden of Remembrance towards the last Magdalene Laundry to close in Ireland.
© Simone Padovani 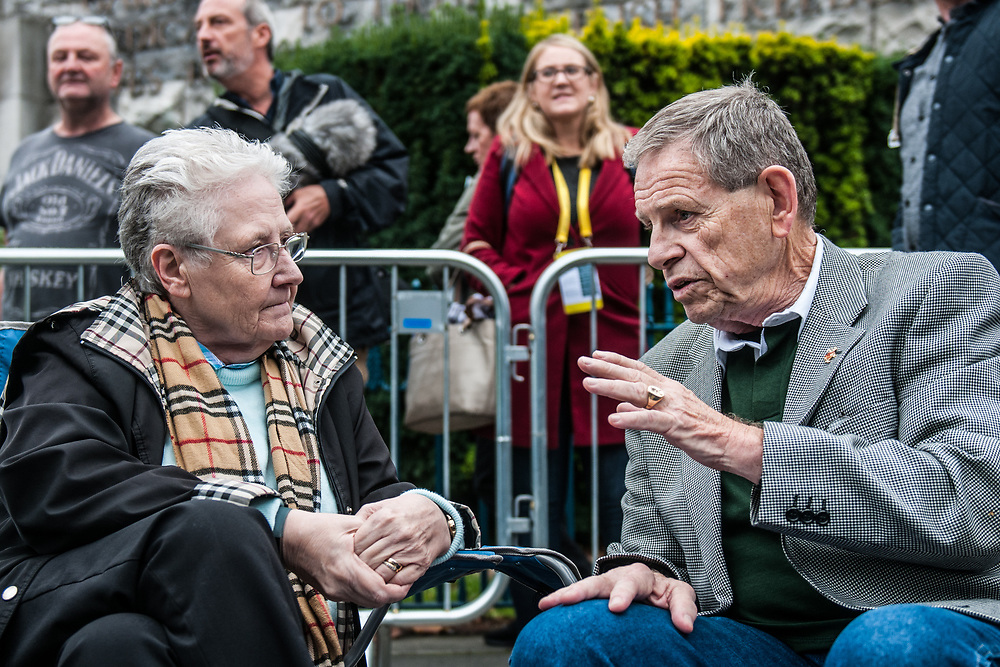