A tour of fishing tourism of "Moeche", One of the most requested shellfish for their delicacy

VENICE, ITALY - APRIL 2018.
Moeche are fried after the fishing tour. The best way to eat fresh moeche is to fry them while they are still alive. As an article in the Guardian once put it, describing the way moeche have long been prepared for meals: "The classic preparation method is not for the fainthearted: the crabs are soaked in seasoned beaten egg, which they absorb and eventually drown in. They are then dredged in coarse flour and deep-fried until golden brown and crisp. Served with sea salt and a squeeze of lemon, they are delicious and intense in a briny, iodine-y way." 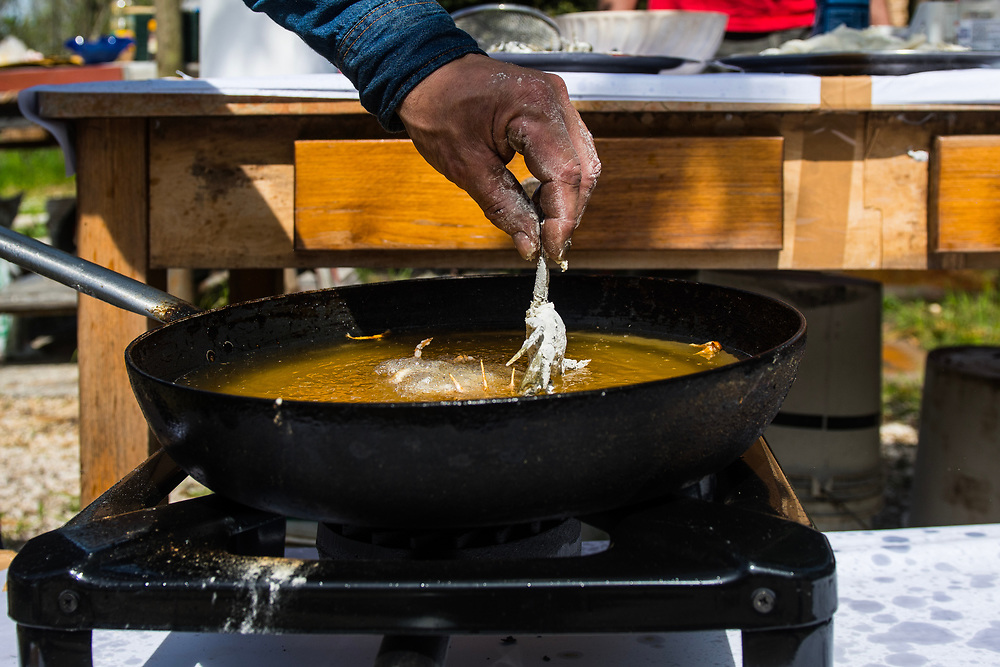